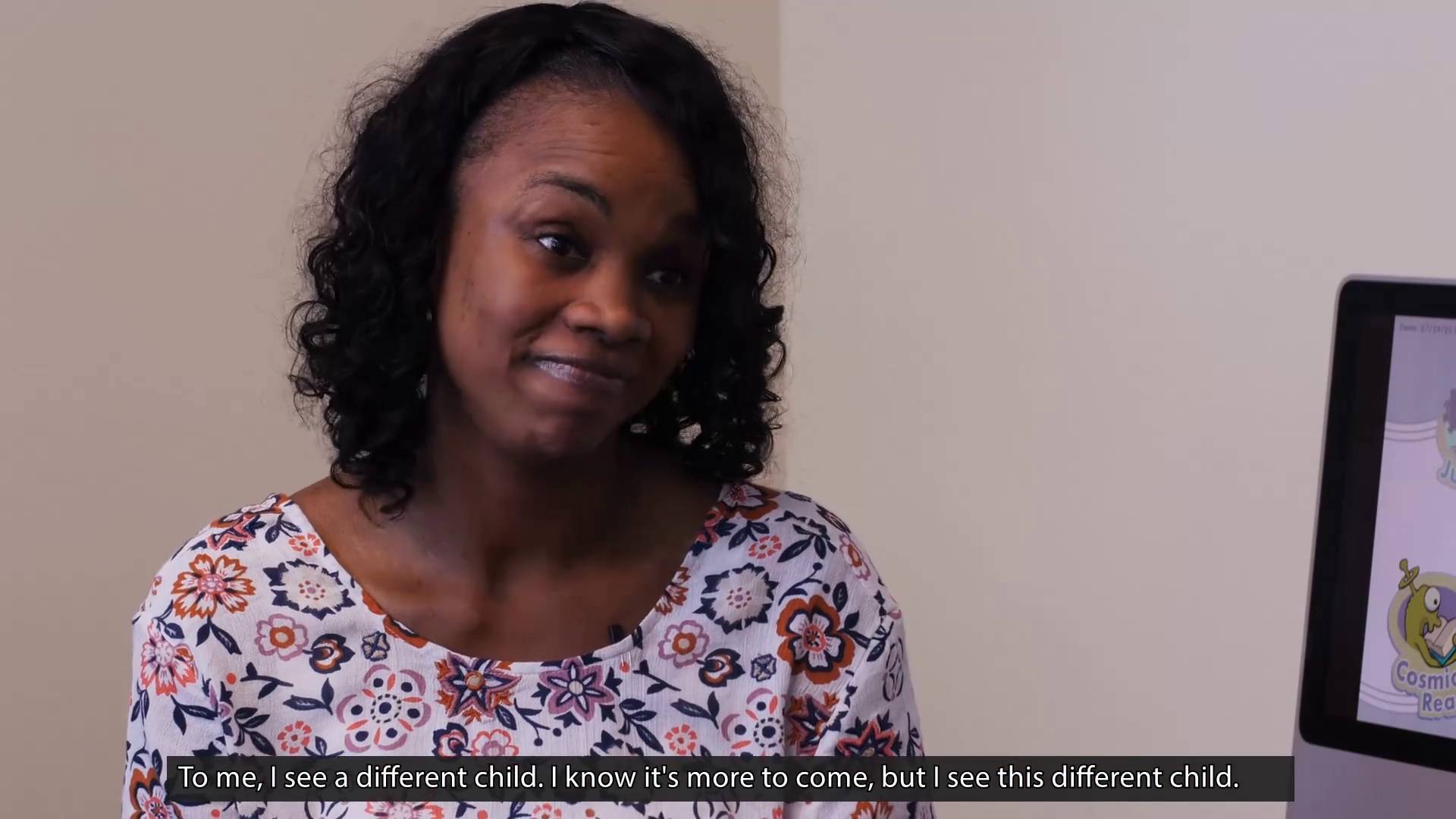 For Autism Awareness Month, Monicia has advice for other parents of children with autism. Read through to learn about the changes she's seeing in her son while he is using the Fast ForWord® program, and the words of inspiration she has to share.

Can you introduce yourself and tell us about your son?

Monicia: My name is Monicia. My son is nine years old. He's diagnosed with autism. He was diagnosed at three and a half years old.

What were you told about his future?

Monicia:  They told me, "Be prepared that he may not ever speak or be able to function on his own." They said it was more of a severe diagnosis, but as time has gone on it seems more mild. I don’t see that it’s severe.

How did you feel when you found out about your son’s diagnosis?

Have you seen any changes in him since he’s started Fast ForWord?

Monicia: Oh my goodness. He's focusing more. His attention span is very on.  If you call his name, his response time is very quick. He's giving eye contact. He comes right up to you and says, "Hi". Or, if it's time to go, he says, "Bye." He's actually saying people’s names like "Miss Sarah" or whatever the [person’s] name is. He's actually vocalizing a lot more as well.

What kinds of difficulties did you notice before your son began the Fast ForWord program?

Monicia: Not focusing. Not paying attention. His response time. If you called him, you had to constantly keep calling his name. His attention span was not there.

You mentioned before the interview that your son participated in some assessments recently, before he started Fast ForWord. Have there been any changes in what he was able to do then versus now?

Have you noticed any other changes in your son since he started the program?

I see a lot of maturity in him and he’s very confident. He is trying to do a lot more on his own. Also, he was flapping [his hands] a lot. Since I’ve had him in the Fast ForWord program, the flapping has pretty much stopped.

What do you see your son doing instead of flapping his hands?

Monicia: He tries to control it. You can tell — that's what I said about maturity — if he's flapping his hands, he takes them and holds his hands together calmly. Or he folds his arms.

Before the interview you mentioned the occupational therapist commented on Jordan’s eye contact. What changes are other people seeing?

Monicia: Yes, the occupational therapist said to him, "Wow, Jordan. I'm loving your eye contact." We were talking about the session he had just had and Jordan was walking around. He was far from us, playing by some trees. I said, "Okay, Jordan. We're getting ready to leave." He walked all the way up to her, looked her dead in her eyes, and told her, "Bye."

Monicia: Before he would never do that. He's never done that. Never. To anyone. This was the first time ever. we used to have to tell him, “Look. Look at me. Say 'hello.' Say 'hi.’” Now, we don't have to tell him. He just does it on his own.

Have the differences you’ve seen had any influence on your outlook for your son?

Monicia: I have more hope than I had before.

What advice do you have for parents of children on the autism spectrum?

2 comments on “Just the Beginning: How Fast ForWord Helped Monicia's Son with Autism”