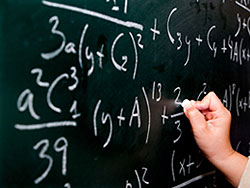 Did you ever know someone that others referred to as a “brain”? It is a term most commonly used in a school environment referring to a top student. Often the “brain” did not seem to have to work hard at school; he or she was viewed as naturally intelligent, knowledgeable in many subjects, liked by teachers and admired by fellow students. Did you ever wonder how that person got that way? Most likely you thought, as did most experts in psychology, the field that assesses intelligence, that he or she was just “born” smart.

Until very recently, intelligence was viewed as a fixed innate capacity, a genetic gift from mom and dad that more or less propelled a child on their way to success in school then ultimately success in life. But it turns out, that intelligence is not as fixed as was previously thought nor is it preset by a person’s genetic inheritance.  There are many variables that affect intelligence as it is measured by tests, measured in school, and measured in life.

Current neuroscience research suggests that most newborn infants are born with the potential to achieve in many cognitive areas. There will be some genetic predispositions, but the child’s brain is extraordinarily malleable and “teachable”. One could say that the job of the infant brain is to figure out, from what is going on around him or her, what skills and sensory abilities it will be important to master. Once the basics are established the child’s brain will set out on a path to become an expert in those areas.

By stimulating their child in certain ways, parents set the stage for the infant brain to begin a developmental trajectory that will influence what the child becomes “smart” at – science, math, music, art, athletics, reading, writing, cooking, care-taking, this list is almost endless – and guide preferences the child will demonstrate throughout life.

Interested in learning more about neuroscience and how the brain changes? You can read a chapter free chapter from Norman Doidge's bestselling book "How the Brain Changes Itself" by clicking here, or watch this webinar with Dr. Norman Doidge.

Mindset: The New Psychology of Success by Carol Dweck