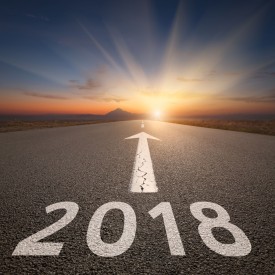 2017 was an eventful year in many areas, and the world of education policy was no exception. With a new administration in the White House, there were many questions about whether previous federal initiatives would be continued, expanded, or abandoned, and how this might impact the classroom. While the full impact of many proposed changes remains to be seen, here is a look at where things stand and what can be expected in the next year.

This was originally supposed to be the first school year that 2015’s Every Student Succeeds Act would take effect, replacing the No Child Left Behind Act’s federal accountability mandates with state-developed proposals that would be approved by the Department of Education. However, several factors have delayed the law’s full implementation. Immediately upon inauguration in January, President Trump announced a regulatory freeze that included major parts of ESSA. Then, in March, the Senate voted to repeal regulations passed by the Obama administration that had set ground rules for state accountability standards. This left individual states largely on their own in interpreting the law and crafting their proposals – a process that has been hampered by staffing and budget cuts in state education departments. As of now, at least 14 states’ proposals have been approved, but Secretary of Education Betsy DeVos’s recent decision to undertake another review of ESSA’s Title I accountability rules, as well as Florida’s battle over the law’s requirements for accommodating English Language Learners, mean that implementation may drag well into 2018.

Some of the main uncertainties going forward revolve around state achievement targets for special education. As mandated by ESSA, states must now separately track the performance of students with disabilities and develop plans for improving it. But based on what has been seen so far, there are concerns that many state proposals are either too vague, unrealistic, or lacking in provisions to address issues such as bullying.

Continued involvement from parents and advocacy groups will be critical in ensuring that these issues are addressed as the remaining state proposals take shape. Fortunately, as awareness of these issues has grown, parents of special needs children are already becoming more involved in special education advocacy by setting long-term goals for their children’s development and engaging with school and education officials to ensure that these are being worked towards.

2. Mindfulness and Exercise in the Classroom

Apart from government policy, we are seeing the emergence of several new classroom approaches that could improve learning environments for special needs and typically developing students alike. And as we learn more about how the brain functions as part of the body, there has been more focus on strengthening non-cognitive aspects of educational performance. Some schools have incorporated morning exercise as a way of increasing blood flow to the brain while providing an outlet for students’ excess energy. Perhaps even more promising is the classroom use of mindfulness techniques adapted from yoga to improve student focus. Through becoming aware of their bodies, their environment, and what they are feeling and experiencing at the moment, students learn to self-regulate their attention and emotional states.

Rather than dictating a single one-size-fits all lesson plan to a passive student body, teachers are finding more creative ways to engage students. Where possible, relating reading, writing, and math assignments to students’ real-world experiences and giving them a range of structured choices in their activities has the potential to promote autonomy and keep students invested in learning. Relatedly, collaborative projects with clearly defined goals and small groups of no more than five can be a great way to teach cooperation and interpersonal skills while maintaining individual accountability, by assigning every student a clear and substantial role in completing the group task and evaluating students separately based on both individual and group performance.

The concept of restorative justice has featured heavily in discussions of reforming the criminal justice system, and now it has found its way into school disciplinary approaches. Traditional school punishments like suspension have increasingly come under fire as not only ineffective but inequitable – disadvantaged students are both more likely to be referred for suspension in the first place, and more negatively affected by it. Restorative justice, on the other hand, focuses on reintegrating the student into the school community. By allowing all affected parties, including the offender, to safely voice their feelings and concerns, then agreeing on a plan for how the situation can be remedied moving forward, many common disciplinary problems can be resolved without recourse to exclusion while building empathy and interpersonal skills in the process.

All in all, 2018 will be a crucial year in education on both the local and national levels. It will be very important for parents, educators, and advocates alike to remain engaged with the latest developments and how they will affect our children’s future.