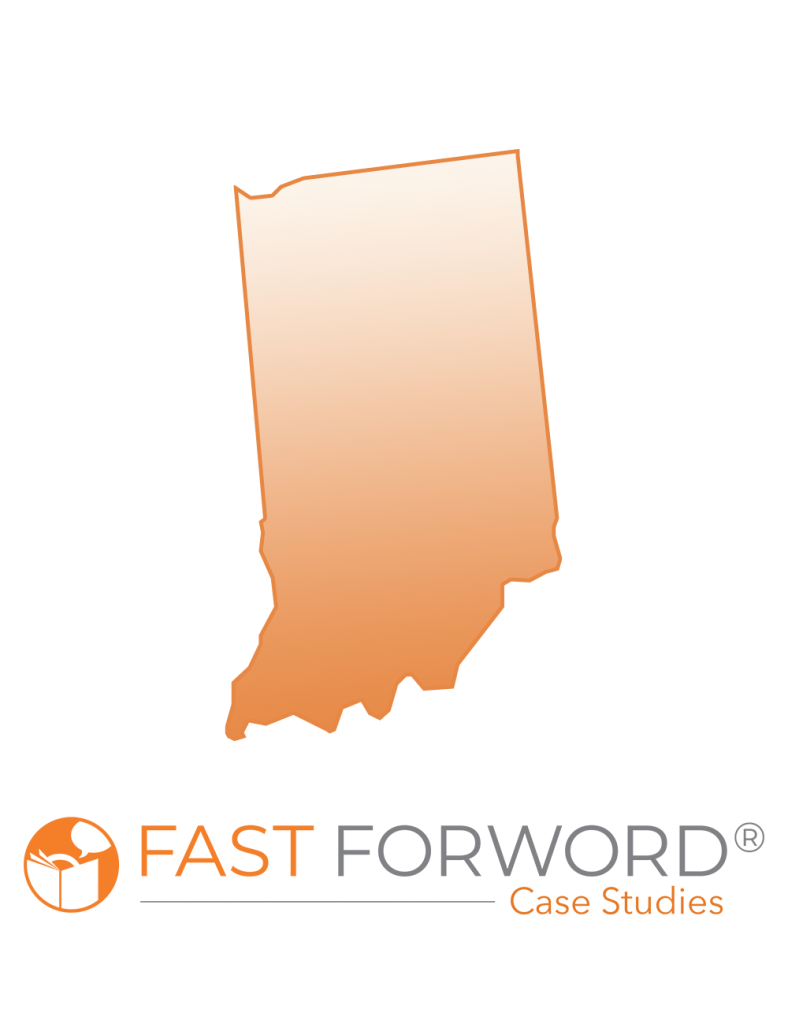 The Fast ForWord program works. We’ve seen the changes in our students and in the total educational environment. From our perspective, if immediate success can happen in East Chicago, chances are great that all schools could experience similar or greater academic growth for students given the commitment to this intervention.”

The School City of East Chicago launched the Fast ForWord® program in every school to help struggling learners exercise and train their brains to process more efficiently, and build critical reading skills. In their first semester with the program, students have increased their reading skill levels and improved their self-confidence, behavior, and concentration. In addition, students and educators at two schools, Carrie Gosch Elementary and Joseph L. Block Jr. High, earned statewide recognition for double-digit gains on the Indiana Statewide Testing for Educational Progress-Plus (ISTEP+) in English/language arts and mathematics.

In September 2009, the School City of East Chicago purchased the Fast ForWord software using a combination of American Recovery and Reinvestment Act (ARRA), Title I, and special education funds. Fast ForWord is a series of educational software products that accelerate learning by developing the brain to process more efficiently. The software’s intensive, adaptive exercises build brain fitness in the areas of memory, attention, processing, and sequencing — cognitive skills essential for learning and reading success. “The situation in our school district is like trying to redesign a plane in flight,” said Harding. “We’re flying at 38,000 feet and we know corrections are necessary, but there’s no place to stop and make adjustments. There were immediate needs, so we didn’t have time to gradually phase in Fast ForWord; it was full speed ahead right away.” Harding quickly set out to educate all stakeholders in the community — local leaders, parents, district administrators, principals, teachers, and staff — about the Fast ForWord program and how it would impact students. “In looking at past products the district had used, we saw that millions of dollars had been spent but efforts were unfocused,” he said. “It was critical to show all our stakeholders that, unlike previous products, Fast ForWord is not just another add-on to the curriculum. It’s something that can actually improve students’ capacity to learn now.”

In September, the district brought together 150 community leaders, including city administrators and leaders from local nonprofit, social service and religious organizations. “We asked them to participate in a Fast ForWord training session so when they heard about the software from students and parents, they would know what it was, why we were doing this, and what it would mean for the children in our community. They learned a great deal about the program by working on it themselves,” said Harding. During fall 2009, the district conducted training sessions for district administrators, principals, teachers, paraprofessionals, and staff. It also held parent nights to acquaint parents with the Fast ForWord software. “It’s so much better when everyone involved can get hands-on experience to see what a product does and how it will impact student achievement,” said Harding. In October, the district began to develop or renovate school computer labs. By January 1, 2010, the Fast ForWord program was up and running in grades two through six. The two junior high schools rolled out the software in February and the high school launched it in March. “With the cooperation and assistance of the American Federation of Teachers Local #511, which has been an active partner from the beginning, every elementary and middle school teacher’s schedule was changed to accommodate the period needed for the Fast ForWord software at each school,” said Harding. “Everyone understood the need for this program and that we had to do something significantly different from what had been done before. Resistance to the implementation was non-existent.” In grades two through 12, students who were not meeting Indiana’s Academic Standards were identified to work on the Fast ForWord software 50 minutes a day. While schools typically target the program to students performing at the 25th through 55th percentile on state tests, schools can expand usage beyond that if they have time available in the labs. Outside the regular school day, students have the opportunity to work on the Fast ForWord program before school, at lunch time, and after school. In addition, two of the district’s lowest performing schools extended the school day and have a Saturday school, held from 8 am to 12 pm, where students can work on the Fast ForWord program. “Before this school year, most instruction in the district was geared toward the textbooks instead of the standards. We’re changing that focus and Fast ForWord is helping us to renovate the process of learning and the culture in the classroom,” said Harding. “Once students start using Fast ForWord, they become more focused. Because they’re working at their own individual levels, they’re experiencing success. They can also track their own progress and tell their parents where they’re increasing their skills. It’s helping students be more responsible for their achievement level and learning.”

In its first semester with the Fast ForWord program, the School City of East Chicago is experiencing positive results. “We’re seeing average gains of 1.5 grade levels in reading in only 25 to 39 days of use, depending on the school,” said Harding. “We have one student who increased five grade levels in 44 days. That’s unheard of! We’ve also had tremendous gains for special needs and ELL students in this short period of time.” Students’ gains are having an impact on their state test scores. For example, at Carrie Gosch Elementary School students had an overall increase of nearly 32 percent in the number of students passing both English/language arts and math on the ISTEP+. The biggest increase was at the fourth grade level, where students jumped from a passing rate of 45 percent in English/language arts in 2009 to 84 percent in 2010. In math, fourth graders climbed from 31 percent passing to 72 percent. Joseph L. Block Jr. High also made significant gains in closing the achievement gap. Here, the percentage of Black students passing the ISTEP+ increased by 19 percent in English/language arts, 15 percent in math, and 14 percent on both. The percentage of Hispanic students passing increased by 27 percent in English/language arts, 9 percent in math, and 15 percent on both.

As a result of their gains, in June 2010, Indiana Superintendent of Public Instruction Tony Bennett invited East Chicago school officials to Indianapolis to recognize them for their growth in the percentage of students passing the ISTEP+, and share this success story throughout the state of Indiana. Harding also hears many positive reports throughout the school community. “A school psychologist who had 10 elementary students working on Fast ForWord, wrote to me about 25 days into the program. She said she could not believe the change in students’ behavior and in their level of focus and concentration. It’s important to note that in those 25 days, nothing else had changed. Students’ IEPs and curriculum and the conditions of the school were all the same. The only thing that was different was the addition of Fast ForWord.” According to Harding, each school has embraced the Fast ForWord program, despite the swift startup and schedule changes to accommodate the 50-minute protocol. “In this short time, our entire culture changed to accept Fast ForWord as a regular part of the day because it has proven to be so successful and has showed demonstrable results. It’s a fantastic intervention for struggling readers — and we’re using it for advanced kids as well,” he said. “The service and support we’ve gotten from the Scientific Learning Fast ForWord team has also been outstanding. We’ve involved them from day one in the transformation of our district and they’ve been a true partner in our efforts. The Scientific Learning team has been great in assisting and accommodating the entire implementation process in East Chicago.” Looking ahead, the district plans to add the Fast ForWord software to its summer school program and to expand usage from pre-kindergarten through grade 12. “While many districts don’t have schools in academic probation or face the socioeconomic challenges we do in East Chicago, we all have students who need to improve — and even the brightest students can be taken to a higher level,” said Harding. “The Fast ForWord program works. We’ve seen the changes in our students and in the total educational environment. From our perspective, if immediate success can happen in East Chicago, chances are great that all schools could experience similar or greater academic growth for students given the commitment to this intervention.”