Meet the Faces Behind Our Results 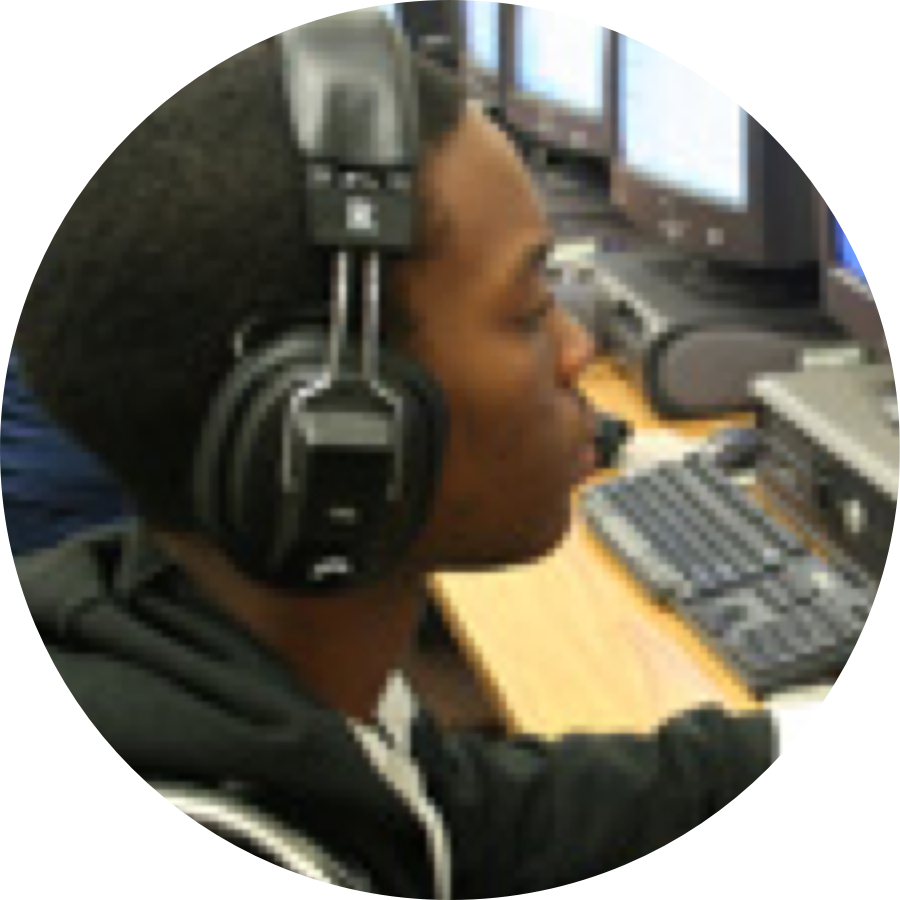 I enjoyed the Fast ForWord program. I started to comprehend what I was reading.

As a freshman at Anson County Early College High School (ACECHS), Ray King studied hard and earned good grades, and felt excited about the future. In particular, Ray looked forward to passing the College Placement Test (CPT), which would allow him to simultaneously enroll in high school and college courses with his classmates. Yet, to everyone’s surprise, Ray hit a roadblock in his reading and was unable to pass the CPT.

Ray and his teachers tried several interventions, but nothing worked. That is, until the Superintendent of the Anson County School District, Dr. Greg Firn, introduced the Fast ForWord® program to all nine of the district’s schools. Fast ForWord is a family of educational software products that accelerate learning by developing the student brain to process more efficiently.

Thanks to Ray’s perseverance, the support of his family and school, and the Fast ForWord reading intervention software, Ray passed the CPT and is now taking both high school and college courses — and earning As in nearly every class

I enjoyed the Fast ForWord program. I started to comprehend what I was reading.

Part of the rural Anson County School District in North Carolina, ACECHS is situated on the South Piedmont Community College campus. Students are encouraged to enroll in both high school and college classes beginning in their freshman year. However, to sign up for college courses, students must score at the 12th grade, fifth month level or higher in reading achievement on the CPT. The inability to score at this level significantly slows students’ progress toward their graduation goal in five years: a high school diploma and an associate’s degree, earned simultaneously.

“At Anson Early College High, the required CPT score is the magic ring and every student must reach for and grasp it to complete graduation requirements,” said Principal Deborah Davis. “Since our students reflect the demographics and achievement levels within the overall school system, we had a significant number of students that had not been able to score at the required CPT reading level by the beginning of their junior year. Despite many intervention and scaffolding strategies, these students had not made the cutoff score and, thus, were excluded from college curriculum classes.”

Struggling to Pass the CPT

Ray King was one of these students. “I first noticed a problem concentrating when I took the College Placement Test for the first time,” he said. “I didn’t let it get to me too badly because I knew I would pass it the next time. But I did worry a little because almost all of my classmates were in college classes. That feeling made me realize that I needed to do something and something fast. I began to do what my college liaison required, which was read. But as I read I had a hard time concentrating. I had to stop and re-read each sentence three times before I understood it.”

Ray took the CPT again in his sophomore year and failed. “My score decreased,” he said. “I was angry with the world but mostly at myself. I told my parents. They seemed concerned but didn’t worry too much because they knew I was an honor student and a hard fighter.”

After trying several interventions — CPT tutorials, reading tutoring before and after school, reading across the curriculum strategies, and vocabulary workbooks — Ray took a CPT summer prep class. On the final day, he took the CPT and failed. “This was the first time in my life I knew how it felt to be depressed,” he said.

Shortly after that, Ray decided to transfer to Anson High School. “I told a teacher that I was leaving, because I couldn’t take the pressure anymore,” he said. “She pulled me aside and explained to me that life wasn’t supposed to be an easy ride, and that some things take a little longer to achieve and the reward would be great if I just put a little more effort into the task at hand.”

Ray’s teachers, counselor and friends all offered to help in any way they could to encourage him to stay and keep trying.

That fall, during the 2007-08 school year, the Anson County School District launched the Fast ForWord program. ACECHS implemented the Fast ForWord reading intervention software for its third and fourth year students who had not yet made the required CPT score.

“One day, a few classmates and I were pulled into a room and introduced to the Fast ForWord program by Principal Davis,” said Ray. “We all sat there, hanging on every word. When she asked if we wanted to participate, everyone was excited and agreed to the challenge. I believe I was the very first one to say, ‘Yes!’”

Ray and his fellow students worked on the Fast ForWord software 40 minutes a day, five days a week. The software’s intensive, adaptive exercises develop and strengthen memory, attention, processing rate, and sequencing — cognitive skills essential for learning and reading success. The strengthening of these skills results in a wide range of improved critical language and reading skills necessary to become a better reader.

“I enjoyed the Fast ForWord program,” Ray said. “I started to comprehend what I was reading.”

After 10 weeks, Ray walked to the testing center, excited about the CPT. “Once I finished, I had a huge smile on my face,” he said. “Needing an 80 to pass, I knew I had scored high enough. I clicked the score button and the computer said 77. My mouth dropped and my eyes filled with water, but I didn’t cry. I was proud of myself. I had scored double what I had the last time, which made me happy.”

When Ray returned to school, staff and students were waiting. “All I could do was shake my head no. But when I told them my score, they were happy with my improvement,” he said.

Later that day, Ray was offered a re-test. “I was in a separate room this time where I could concentrate more,” he said. “I took the test. It was a piece of cake. I passed with an 80 flat. The testing coordinator jumped for joy as I showed her the test score. I ran back to the school and announced to my friends and teachers, and it was an unforgettably happy day. I talked to Principal Davis and we discussed how rigorous the challenge was for me and how we were both happy I didn’t give up.”