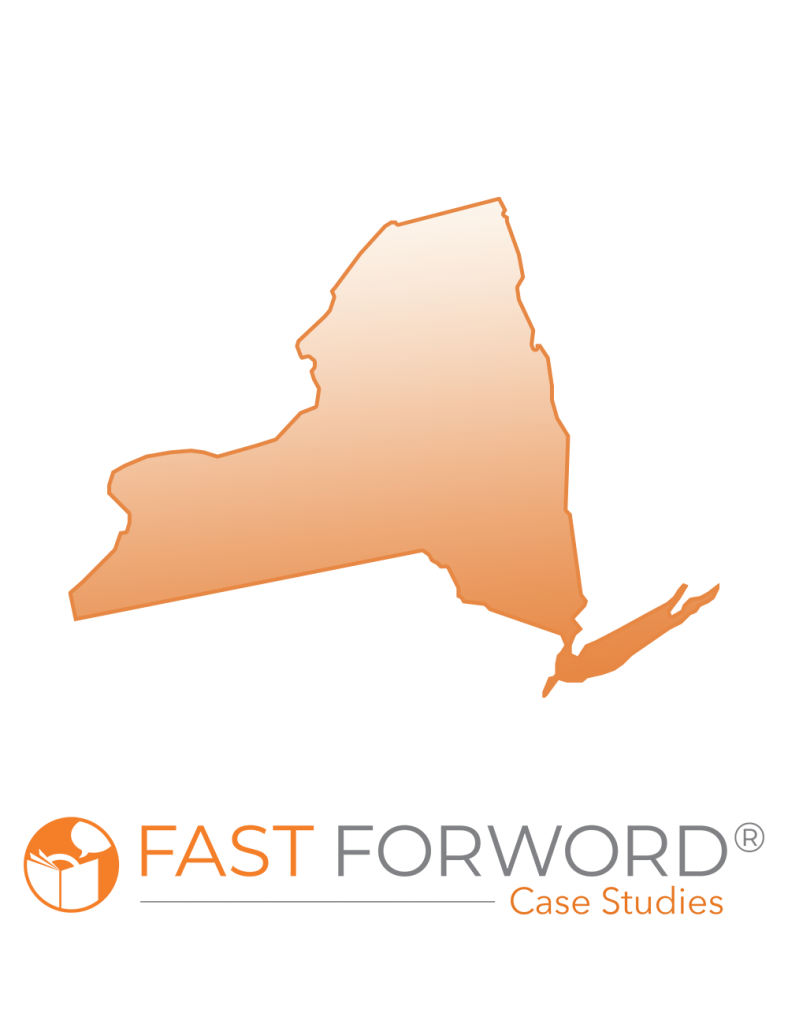 It's really part of our school culture. Everybody knows what we're doing—the administrators, the teachers, the parents, the kids. They are all involved, and it's a big deal around here

For centuries, Niagara Falls, New York has been famous for its spectacular natural waterfalls and awe-inspiring beauty. Now its school district is becoming well known for its steadily increasing test scores and higher-performing student population.

The reason? A fortuitous blend of Fast ForWord software and specific reading strategies have given students what educators are calling "tremendous academic confidence" as well as better academic skills. In all 13 schools in this influential district, reading scores have gone up.

It started when the Niagara Falls superintendent of schools went to an education conference and heard about Fast ForWord products. After seeing a product demonstration, which the superintendent shared with his administrators, he went about finding money to set up pilot sites.

With product and money in place, the district began looking for 30-40 students to participate in its pilot program. "We just marketed it in the schools," says Dorcas Thomas, CSE Chair person, "as being good for kids with short attention spans, kids who needed repetition of skills, and for kids with auditory language weaknesses."

The pilot program started with summer school sessions for elementary school students. It was a learning experience for everybody, as Sarah Ciffa, an implementation director, recalls.

"We were experimenting in the beginning," Ciffa says. "We were looking to find out what resources we really needed to run the program. So we had a speech pathologist, teaching assistants, a couple of Special Ed teachers. We learned to coach the students and really got our feet wet that summer."

"Then there's something I call "academic self-esteem", where you can see the kids really starting to feel good about themselves."

"When we started doing our pre and post-testing, which we do independently, we chose language measures because they focused on the skills that Fast ForWord exercises target. And we saw scores jump up on both the OWLS and the TAPS tests."

"District wide, scores have gone up."

"Fast ForWord software is really part of a couple of strategies the district is using; for instance, we added Read 180 for our Special Ed population. But as time has gone on, scores have just been getting better and better."

It's Part of Our Culture Now.

Both Thomas and Ciffa say that parents and students alike have a very positive outlook about Fast ForWord products. "A lot of parents request that their child be a part of it and work with Fast ForWord," says Thomas. "As for the kids, they really do like it."

At this point, Ciffa explains, "It's really part of our school culture. Everybody knows what we're doing—the administrators, the teachers, the parents, the kids. They are all involved, and it's a big deal around here."

Thomas says that teachers and administrators are getting the word out about Fast ForWord products." We have schools coming to visit us and see what we're doing," she says. "We've seen the results. We're running it on a large scale. And we're very happy with it."

Noting that every school in the district is using the product, Thomas concludes," We love Fast ForWord. We think it's a great product!"