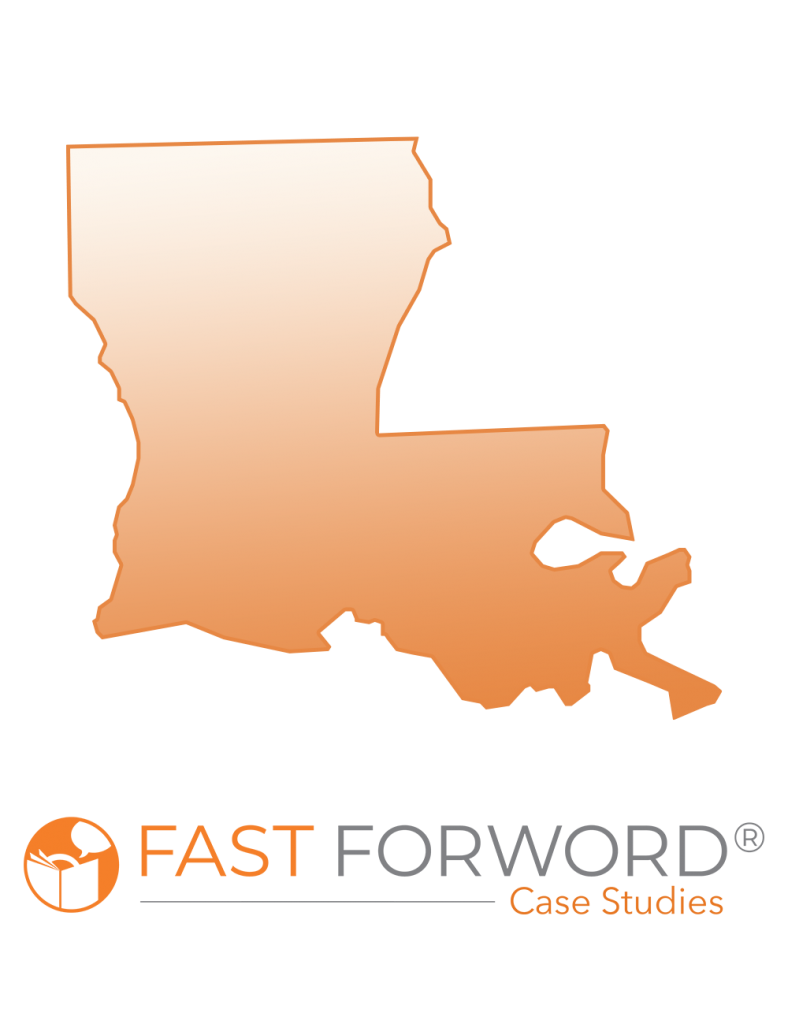 Because of the large number of students using Fast ForWord across the district, we know that it has played a role in raising achievement and in closing the achievement gap. Seeing our results, our district and our community are embracing the idea of Fast ForWord as an accelerator of student achievement.

One of Dr. Donald W. Aguillard’s unwavering core beliefs is that school improvement is achievable through deliberate action. He put this belief into practice during his tenure of nearly 11 years as superintendent for St. Mary Parish Schools, where students achieved remarkable gains.

When he transitioned from the St. Mary Parish School Board to serving as superintendent of schools for the Lafayette Parish School System (LPSS) in May 2015, Aguillard established a data-driven, results-oriented culture of best educational practices to strengthen teaching and learning. His vision is that all will work tirelessly to transform LPSS into an A-rated district—and the district is well on its way.

“We made the bold decision that Lafayette needed to be an A-rated district and that literacy would be the strategy we’d use to get there,” he said.

When Aguillard came to LPSS, he discovered that the district held 13 Fast ForWord licenses that were not being utilized. He immediately reactivated the licenses and implemented the Fast ForWord program in a total of 16 schools.

Upon implementing Fast ForWord across the district, LPSS saw rapid results. In fall 2015, 1,770 students used at least one Fast ForWord product and took a follow-up Reading Progress Indicator (RPI) assessment. On average, students showed a one-year improvement in their reading skills in only four months.

“In my previous district, we saw phenomenal results with the Fast ForWord program, and early on, we were excited about the results in Lafayette Parish,” said Aguillard. “We now have 25 schools using Fast ForWord, and the pre- and post-test data show that these students are accelerating their language and reading proficiency.”

At each school, the principal decides which students will participate in the Fast ForWord program. In many schools, it is targeted to students at Tiers 2 and 3 of the district’s Response to Intervention model, and additional students participate as space allows. In LPSS, students typically spend 50 minutes a day on Fast ForWord in elementary school and 40 minutes a day in middle and high school.

Fast ForWord is a neuroscience-based intervention that uses the principles of brain plasticity—the ability of the brain to rewire and improve—to target the root causes of slow academic progress in students with disabilities, struggling readers, and ELLs. Students who use the program can make fast progress, increasing their reading skill level up to two years in as little as three months. They continue to make progress long after they are done with the intervention.

From 2015 to 2016, LPSS raised its District Performance Score (DPS) from 89.2 points to 96.3. “This growth marks the largest single-year gain in district performance since the Louisiana Department of Education began assigning performance scores to schools and districts in 2001,” said Aguillard. “We’re now ranked in the top 20 districts in the state.”

In addition, 85 percent of schools (34 of 40) posted positive gains. “This continues to move the school system closer to our goal of achieving an A rating,” said Aguillard.

Further, the Louisiana Department of Education recognized three Lafayette Parish schools as Top Gains Schools, which are identified as A schools that improved by 5 or more points in their School Performance Score (SPS) or schools graded B or below that improved by 10 or more SPS points.

“Because of the large number of students using Fast ForWord across the district, we know that it has played a role in raising achievement and in closing the achievement gap,” said Aguillard. “In 2015, we set out on a course to become an A-rated school district in four years, growing at 2.5 points a year. Last year, we grew 7.1 points. That’s focused our community and our school system on the idea that we could be only a year away from earning an A. That may be optimistic, but we’ve seen that if we increase our students’ literacy, we can get to where we want to be—and sooner rather than later. Seeing our results, our district and our community are embracing the idea of Fast ForWord as an accelerator of student achievement.”

Fast ForWord has been consistently helping students improve their language and reading skills for over 25 years. Request free samples.