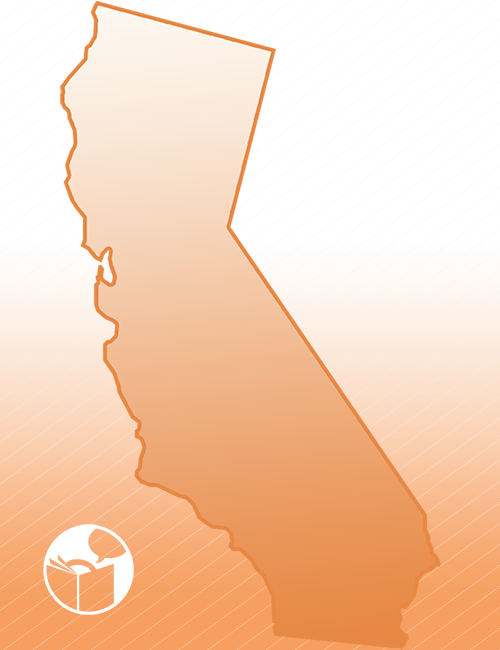 We, as an educational community, will never accept leaving some students behind and moving on without them. With the help of our dedicated staff, Fast ForWord has made closing the achievement gap a reality.

Birney Elementary School, a 2010 California Distinguished School, launched the Fast ForWord® program in 2007 to accelerate learning for struggling readers and English language learners (ELLs). Since then, students have improved their reading proficiency and achieved significant gains on the California Standards Tests (CSTs) in English-language arts.

At the beginning of each school year, the goal at Birney Elementary in Redondo Beach, Calif. is to get to know students as quickly as possible so teachers and students can hit the ground running. In 2006, an intensive examination of student assessment data revealed more than one-third of students were performing below grade level.

“The number of students in grades two through six who were not meeting grade level standards or who were not proficient on the CSTs in reading was at a staggering 38 percent,” said Principal Jacqueline O’Sullivan. “We determined a variety of research-based, intensive interventions were desperately needed to narrow the achievement gap.”

In addition, the team deemed an additional intensive intervention was necessary and, after careful consideration, added the Fast ForWord program. “The decision to implement Fast ForWord was based on the program’s 30 years of scientific research into how the brain learns,” said O’Sullivan. “We were also very impressed when we used the software. There were 20 administrators in the room and it was difficult to get us off the program. We wanted to keep playing with it. I thought, if I’m this excited and I think it’s this much fun, I can only imagine what my students will think.”

Birney Elementary launched the Fast ForWord program in 2007 to help improve the achievement of struggling readers and ELL students.

Fast ForWord is a family of educational software products that accelerate learning by building memory, attention, processing, and sequencing in the areas of English language and reading. As a result, learners can realize achievement gains of one to two years in as little as eight to 12 weeks, and maintain an accelerated rate of learning even after the programs end.

As part of its Response to Intervention (RtI) model, Birney Elementary holds bi-annual Cooperative Team Meetings, where teachers collaborate with the administrator, resource teacher, psychologist, and counselor to review the achievement data of all students. Measurements include district and classroom assessments, staff observations, and CST data. In addition, the school holds weekly Student Study Team (SST) Meetings attended by the student’s classroom teacher and parents, administrator, resource specialist, psychologist, and counselor. Teachers and other staff also make written referrals to the SST after attempting classroom and other interventions.

“It is during our Cooperative Team Meetings and SST Meetings that struggling learners in grades two through five are identified as candidates for the Fast ForWord program. Students are chosen based on scores from the previous year’s CSTs and performance on assessments,” said O’Sullivan. “The Fast ForWord program is one of our Tier 2 interventions.”

In addition, ELL students who score at the Beginning or Early Intermediate levels on the California English Language Development Test (CELDT) are identified to participate in the Fast ForWord program. “The program helps English language learners build the foundational skills they need to be successful in the classroom,” said O’Sullivan.

For ELLs, Fast ForWord’s brain fitness exercises improve brain processing efficiency so that individual phonemes within words can be more easily differentiated. This speeds up the process of learning and comprehending both spoken and written English, building fluency, vocabulary, syntax, grammar, and other language skills.

As students work in the Fast ForWord program, Mary Ann King, Birney’s computer lab aide and Fast ForWord instructor, closely monitors each student’s progress daily with Progress Tracker, an online data analysis and reporting tool. In addition, King emails reports weekly to parents, teachers and the principal. Students also like to see their progress each week, which helps them take ownership in the learning process.

“I watch and work with the kids daily, and intervene where I know there are problems,” said King. “Then, every Wednesday after school I run a weekly report to show the kids their progress and identify problem areas. If a student isn’t moving forward in a particular area, we can then work one-on-one while the other students work by themselves on Fast ForWord.”

“A key benefit of the Fast ForWord program is that it adjusts itself up or down to meet each student’s needs, so there’s no guesswork on the part of the teacher,” said O’Sullivan. “It’s easy to implement and it’s easy for students to move ahead because each level builds on the skills previously learned.”

Added King, “The Fast ForWord program focuses on the connections between sounds and words, and the connections between spoken and written language. Although students feel like they’re playing games, they’re repeatedly being exposed to these connections. Once they make a connection, you’ll see their scores go up. For example, you can see when a student is finally able to tell the difference between ‘ba’ and ‘da’ or between ‘ba’ and ‘fa.’ They’re not just being taught to read the letters; they’re being taught to hear the sounds, which is what makes this program so effective.”

For example, King remembers working with Rafael, an ELL student from Brazil, who was very bright but had problems understanding English sounds. “The English language is very different from Rafael’s native language,” she said. “When he’d work in the Fast ForWord program, he’d listen to the sounds and try to respond correctly, but he just wasn’t getting it. In the game Trog Walkers, Rafael listened to a series of high and low sound sweeps, and then repeated them using the arrow keys on the keyboard. As long as he repeated them properly, his troglodyte would walk across the screen. After struggling and struggling with the sounds, it clicked for him and his trog took off! His scores on Progress Tracker took off as well. It was fun watching his progress.”

King continued, “I have a lot of students who have really taken off this year. Our students who started the Fast ForWord program in second grade are now doing much better in third grade. And this year’s third grade class is performing better than last year’s third grade class. Students are moving forward at a rapid pace, and many of the students we had last year tested at the Proficient or Advanced levels on the CSTs, so they didn’t have to return to the program this year.”

“The quantifiable results of the Fast ForWord program have been overwhelmingly positive,” said O’Sullivan.

During the first year of implementation in 2007-08, 105 students began using the Fast ForWord program with most starting in the fall. Five and one-half months later, the students had made an average of eight months gain in reading skills according to Scientific Learning’s Reading Progress Indicator.

“We were elated when 35 percent of students participating in Fast ForWord increased their scores on that spring’s CSTs! Twelve students moved into the Proficient band of the CSTs from Basic or Below Basic,” said O’Sullivan.

In the second year of implementation, most participants were in grades two through five. Participants included students who did not complete the Fast ForWord products and students who scored at the Basic, Below Basic or Far Below Basic levels on the CSTs. “Again, at the end of the year, these students did very well on the CSTs,” said O’Sullivan.

In 2009-10 and 2010-11, students in grades three through five who did not score at the Proficient level on the CSTs were enrolled in Fast ForWord, as were second grade students who were not at grade level according to the Diagnostic Reading Assessment and Basic Reading Inventory.

“From 2007 to 2011, the number of students participating in Fast ForWord dropped from 105 to 42 students,” said O’Sullivan. “This decrease is due to the Fast ForWord program itself, as well as a comprehensive school-wide intervention program and rigorous classroom instruction.”

Since 2007, the percentage of Birney students achieving at the Proficient level or above on the CSTs in English-language arts has risen. Likewise, Birney’s Academic Performance Index (API) score has increased, rising from 826 in 2007 to 879 in 2010. The API is an annual measure of the academic performance and progress of California schools; scores range from 200 to 1,000, with a statewide target of 800.

“As a whole, our school has made remarkable growth,” said O’Sullivan. “On the API, we’ve grown more than 50 points in three years. A lot of that has to do with the rise in CST scores.”

“I am proud to be part of a thriving school community that works together to provide a warm and nurturing environment for children,” said O’Sullivan. “Teachers, parents, and students know that if a student is not progressing at the expected rate or is falling behind, there is a support structure or safety net in place to catch them. We, as an educational community, will never accept leaving some students behind and moving on without them. With the help of our dedicated staff, Fast ForWord has made closing the achievement gap a reality.”