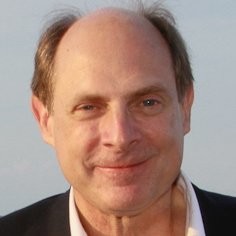 Edward Vermont Blanchard, Jr. joined us as a director in November 2002. Mr. Blanchard is presently Manager of OBX Hospitality LLC, which purchases distressed hotel properties and then rehabilitates and manages the properties. From June 2009 to April 2011, Mr. Blanchard was a Managing Director at Aon Benfield Securities, Inc., the capital markets and strategic advisory investment banking subsidiary of Aon Corporation. From December 2004 through September 2008, Mr. Blanchard was a Senior Advisor to Irving Place Capital (formerly known as Bear Stearns Merchant Banking), a private equity investment firm. From 1986 through 1999, Mr. Blanchard worked in investment banking for Merrill Lynch & Co., including from 1990 through 1999 as a Managing Director specializing in mergers and acquisitions for financial institutions.

Mr. Blanchard is President of the Board of Trustees of the American Folk Art Museum. He holds a BA from Harvard College and an MBA from the University of North Carolina at Chapel Hill.